We had such a fun and relaxing Christmas Break. We tried to stay home as much as possible and enjoy the beautiful snow. One morning Gavin wanted to build a train track, so we spent most of the morning putting this massive track together, (and when I say "We" I mean "Me"). After 10 minutes of him playing on it, he said "All done!" and started to put it away. Oh well, I had fun putting it together! 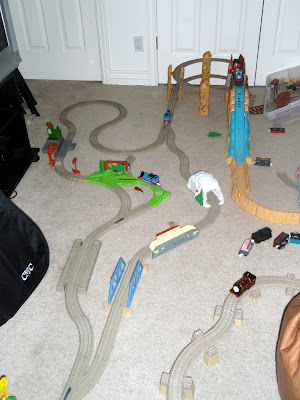 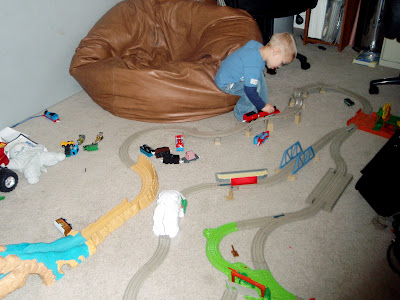 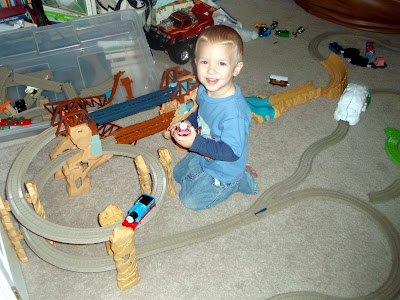 Gavin's friend Brielle came over to get Gavin to ride on the sled and play in the snow. I bundled Gavin up, and sent him on his way, and then bundled Kyson up and went out to watch him. In the short amount of time I was bundling Kyson, Gavin had already got cold and was ready to go in. So poor little Kyson was bundled ready to go, but didn't get to enjoy the snow! 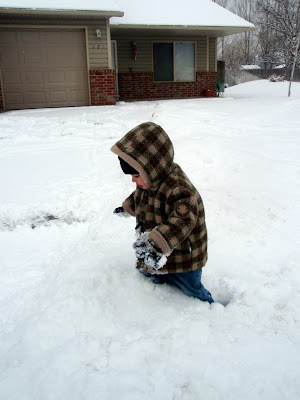 Here is Gavin walking in the middle of a snow pile, instead of walking around where it isn't as deep. No wonder he was so cold! 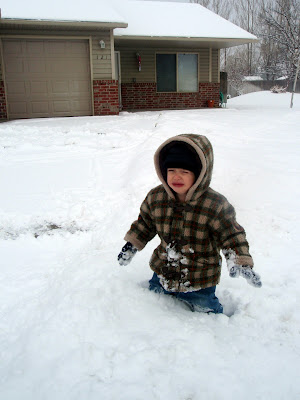 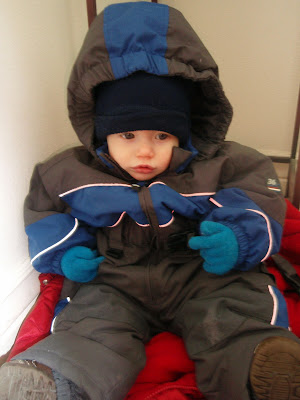