The first of many...


This is the first of many posts I'll have about Thanksgiving Point Gardens. We love to go here. Saturday was the first day it opened, and the weather was okay, so we had to go! I brought the stroller for Kyson to ride in, but he insisted on walking THE WHOLE WAY. It is a huge Garden, so he walked a lot! 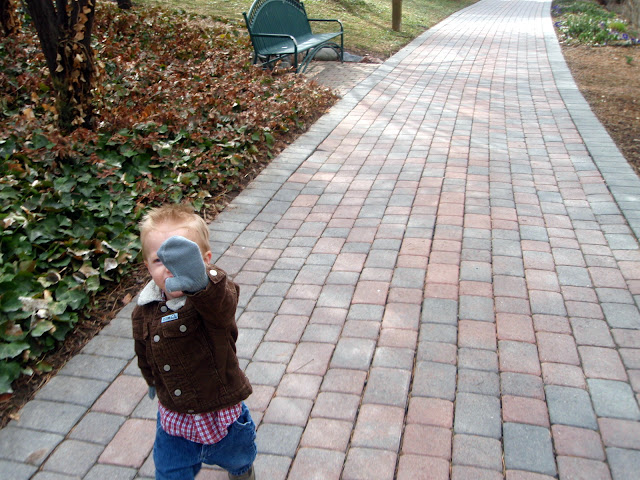 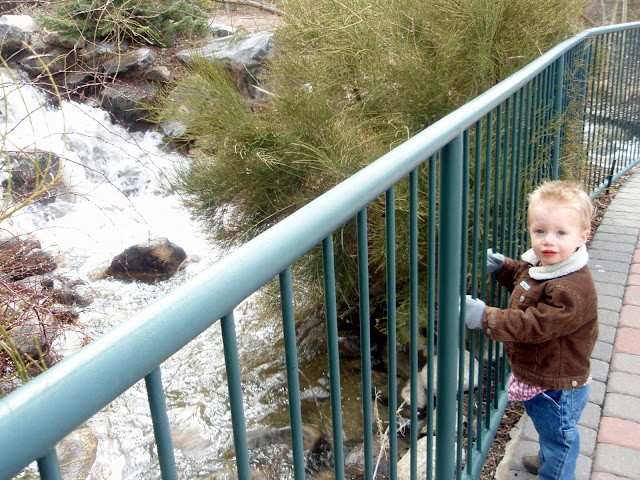 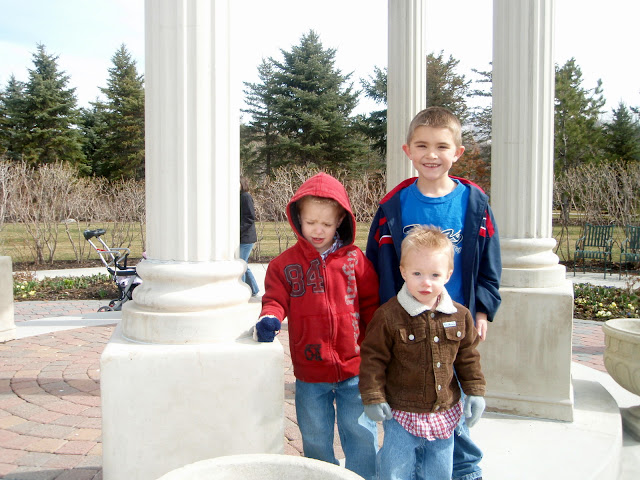 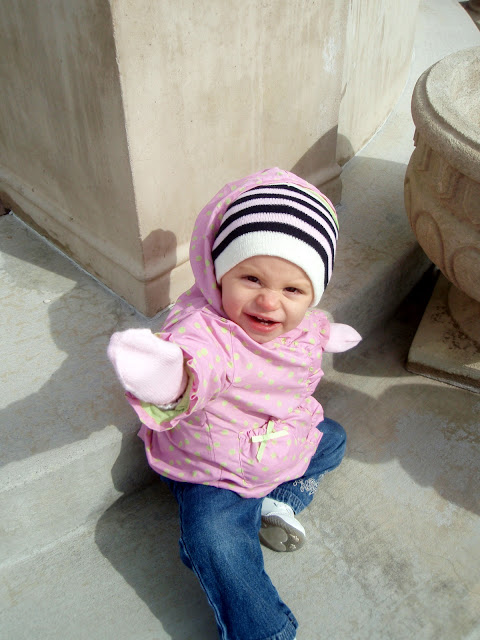 My cousin, Charlene, came to visit. Gavin and Kyson LOVED her. 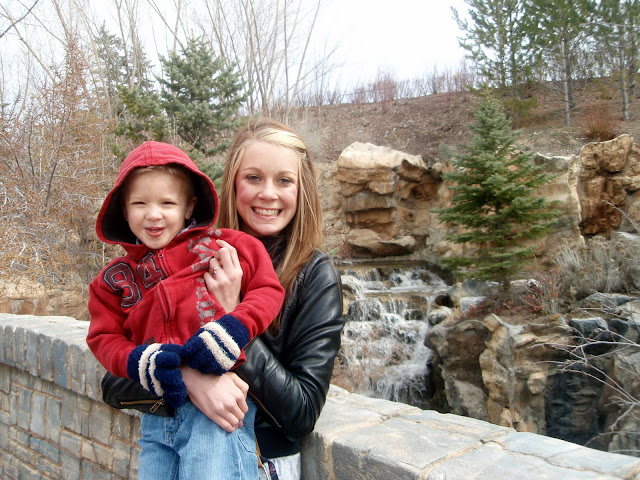 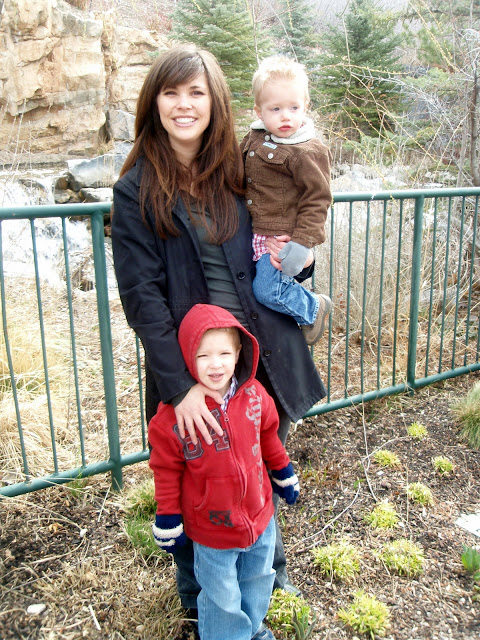 Of course, we have to roll down the big hill when we are all done! 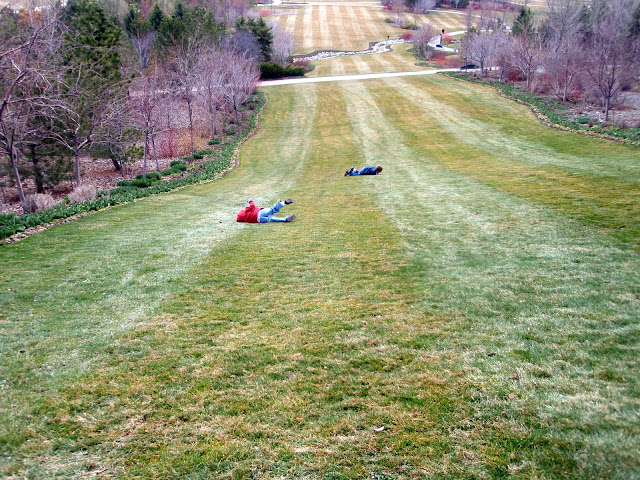 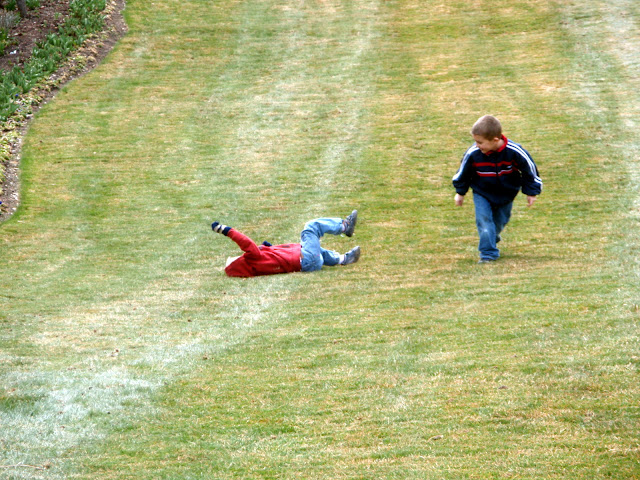 Hopefully next time it will be a little warmer, and more colorful!

Our puppies are really loved in this house. They are so lucky, they get attention, even when they don't want it! Today I was asking Gavin, "Where is Kyson?" and he said, "He's downstairs, squishing Emma." They get "squished" quite often. They are such good dogs to put up with it!

Emma riding in the dump truck. Don't you love her face? "Please save me!" 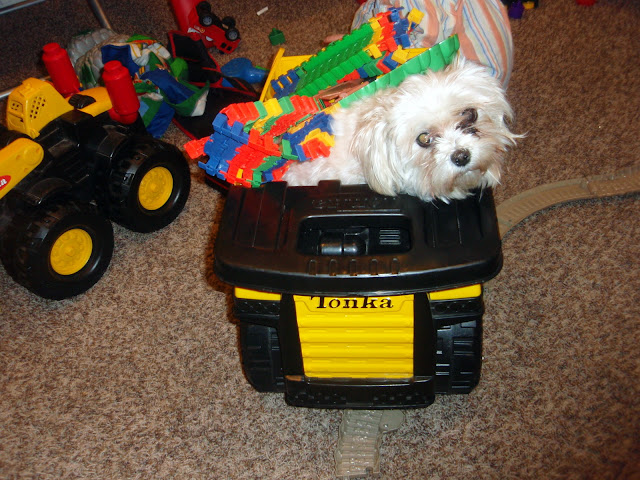 Bear is next to Gavin about 95% of the day. Here he is reading to him. 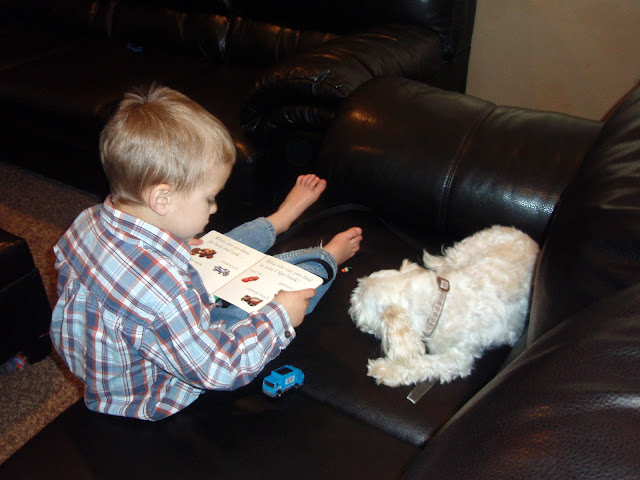 Playing in Kyson's crib. This way the dogs can't escape! They were entertained here for about an hour. 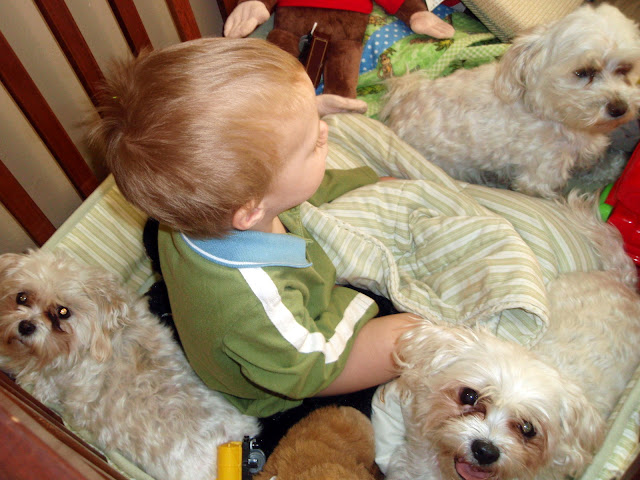 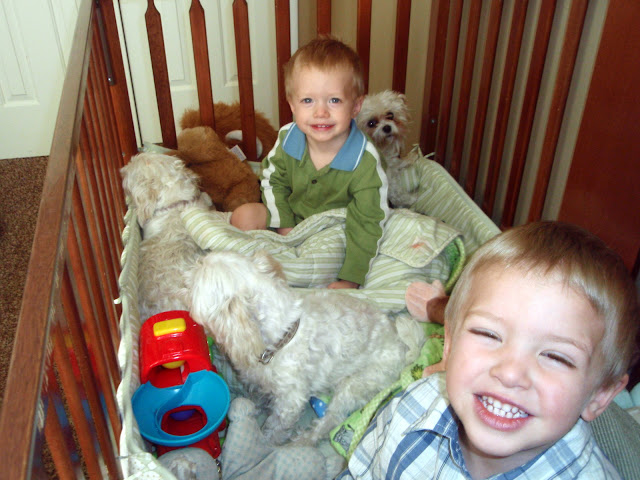 Another picture of Gavin's snuggle buddy. Sometimes we let Gavin take naps with Bear, and he'll actually go to sleep. 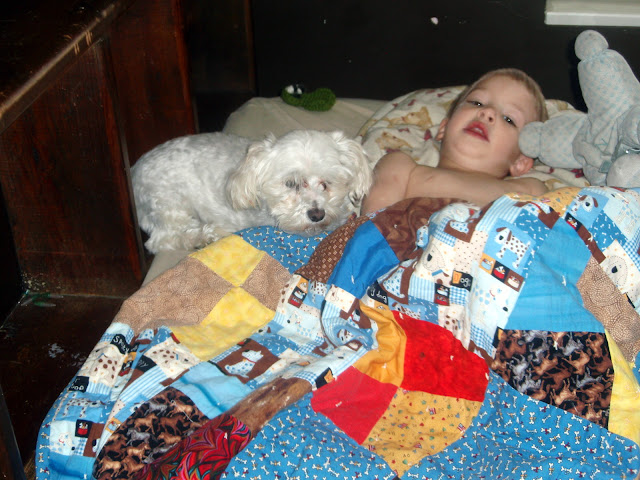 Gavin has been into snuggling lately. He loves to just lay in his blankets and watch what is going on (usually Kyson...running around being crazy). The other day after dinner, he turns to Casey and said "Dad, let's go snuggle." His little snuggle buddy has been Bear. Poor Bear. He gets dragged around wherever Gavin wants to go. He is such a good dog.

Here are my cute boys snuggling one morning after their bath. They both needed their blankets, their stuffed animals (Gavin's is his puppy and Kyson has a little Care Bear he calls "Baby") and, of course, Bear. 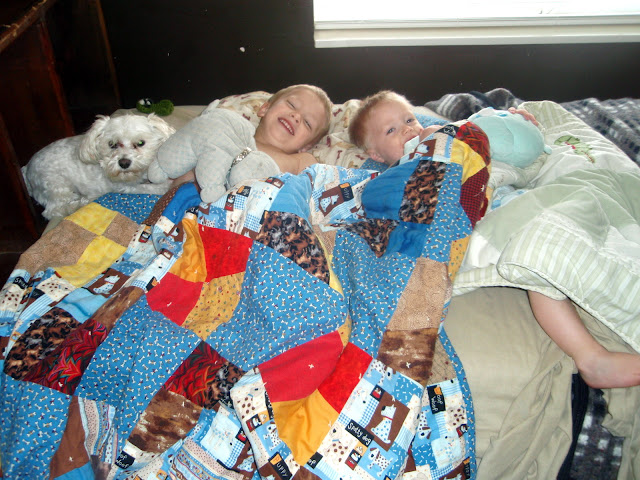 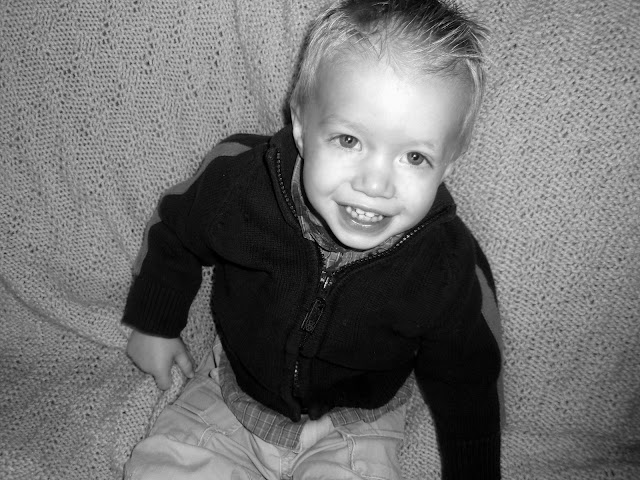 My sweet little Kyson is now 2! Kyson use to be this cautious little boy who was quiet and unsure of new situations. Not anymore! Kyson is our little dare devil! One of his favorite things to do is jump off of things. He doesn't care how high up they are, he just jumps.

He is a little imitator. He especially loves to imitate his brother. He LOVES Gavin. He can't say Gavin's name very clearly yet, but whenever Gavin walks into the room he says "Dadi"!

His vocabulary is growing, but it is hard to understand him. Blankie, Stinky, and Drink sound the same. He can say "George" clearly though. He loves Curious George. Some other words he says good (but not perfect) are: mommy, daddy, Braxtie (Braxton), baby, papa (for Grandma and Grandpa), potty, Jesus, thank you, please, cheese, drink, blankie, stinky, bye bye, socks, shoes.

He is getting close to being potty trained. He is defiantly has a different personality then Gavin. When I was potty training Gavin, he never fought me when it was time to sit on the toilet, but Kyson has fought me from day 1! If he doesn't want to sit, he won't! He is doing better though!

He has no problems going to nursery. He loves to go, which is very different from Gavin. Gavin has always had a hard time. The other day at church, Gavin had to hold both of our hands as he was going to primary, and Kyson refused to hold my hand and went running into his class.

I always say "When he's good, he's very good, and when he's bad he's very bad". He can be the sweetest little boy, but then have these aweful tantrums when he's mad. I guess that is part of being a 2 year old!

Every night he has to say "Night" to Casey and Gavin. If I try to put him to bed with out saying "Night" he lets me know!

He loves his 2 uncles. Uncle Logan and Uncle Darin. He says Logan's name really clearly it sounds like "Wogie". And he loves to "shoot" Uncle Darin. Sometimes he gets them mixed up and calls Uncle Darin "Wogie" and tries shooting Uncle Logan.

One funny thing is that he loves to get his hair done. He'll be my stylish little guy.

He loves the dogs and can say each of their names clearly. His favorite is Emma. He also can tell each one apart, which can be pretty tricky because they all look a like.

I can't believe we have had this little terror for 2 years, but we love him, so we'll keep him!
Posted by Losee's at 10:05 AM 2 comments:

Kyson turned 2 yesterday! We had fun celebrating his day. When Casey got home from work we had him open his presents from us. He is a BIG Curious George fan, so we got him a puzzle and a Curious George and some Curious George books. 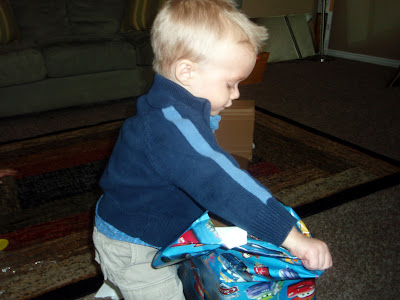 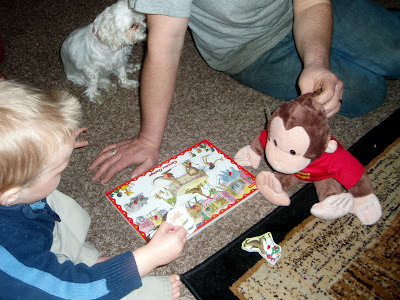 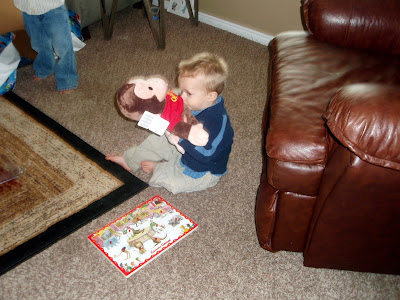 That evening Casey took him out for a Daddy date, and then we had our families over for cake and ice cream. 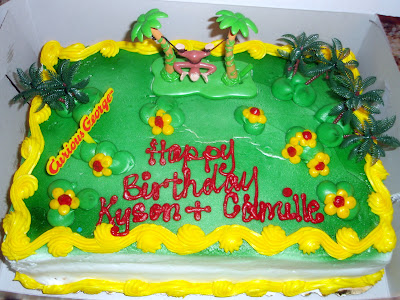 Playing with our gift from Grandma and Grandpa Spence 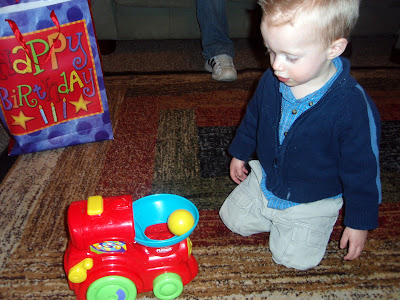 Camille always says that Kyson is her little birthday present. She's so lucky she gets to share her birthday with him, and have a Curious George Birthday cake! 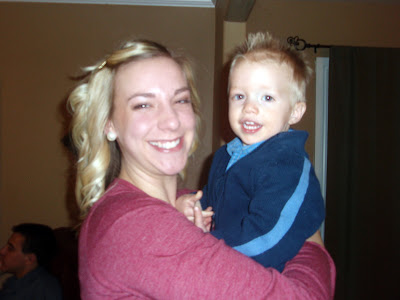 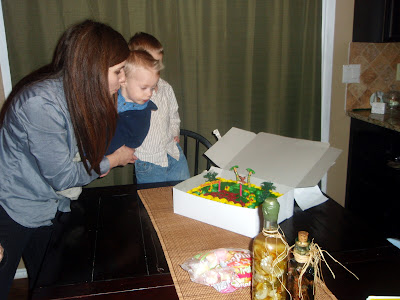 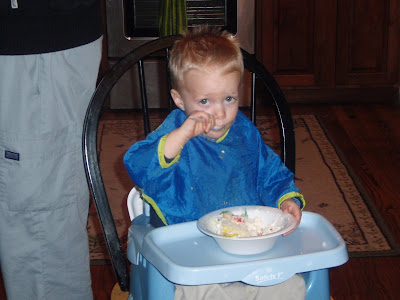 Enjoy gifts from Grandma and Grandpa Losee...I think Gavin thinks it is for him 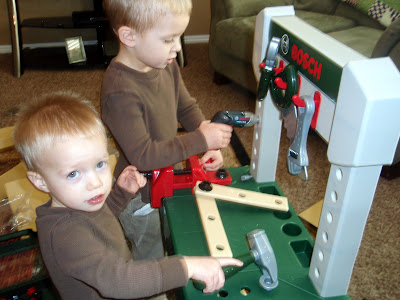 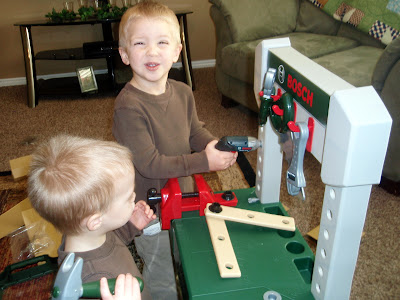