Gavin found a new friend to entertain himself for the last few days (gave poor Bear a break!) I was out back weeding and the boys were playing. I pulled some weeds and under the weeds was this little guy. He slid between some rocks and Gavin kept telling Kyson to get him. Eventually he came out and after some screaming from Gavin, Kyson and their mom, Gavin was able to pick it up and throw it in a bucket I had. He was so excited and had to have the snake by his side. We did finally let him go, because I was too scared the snake would get out out of his cage and get lost in my house! Now Gavin is going outside constantly trying to find his snake again. If this little snake is smart, he would be long gone. 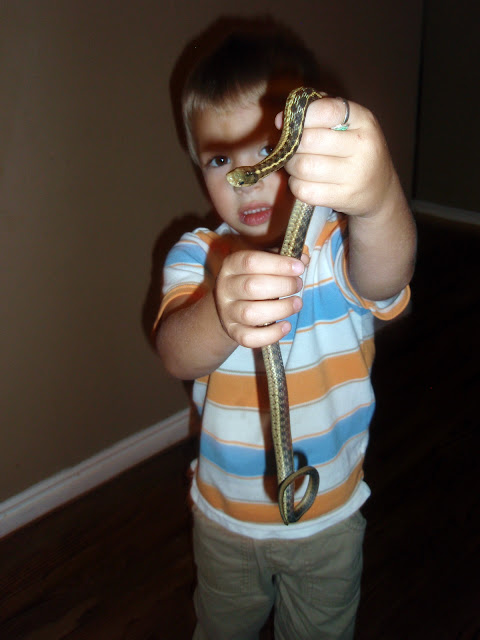 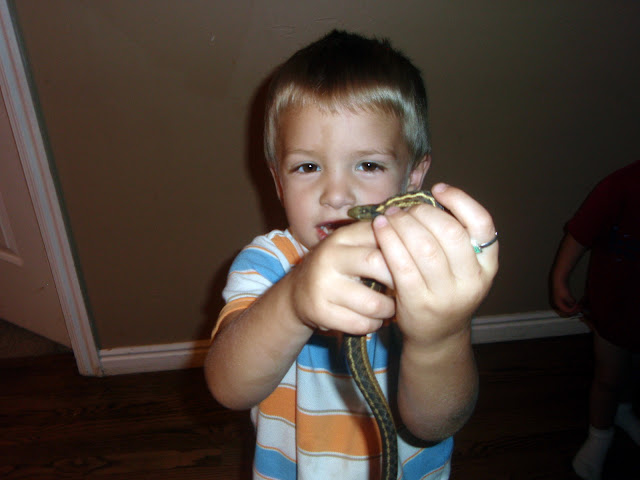 It's so cute! Good idea to let him go though. Especially if you don't know when he ate last. When they get hungry they'll do what they can to find food. He'd hopefully make it out of your house but yeah... don't want one loose in the house! At least you know there's something taking care of any mice that might come near your house!