We FINALLY got snow! The first thing the boys wanted to do this morning was put on their snowsuits and go play. They stayed out there for over an hour playing, and then went out later in the afternoon and spent another half hour out there. The snow is almost gone, but they had a great time while it lasted! 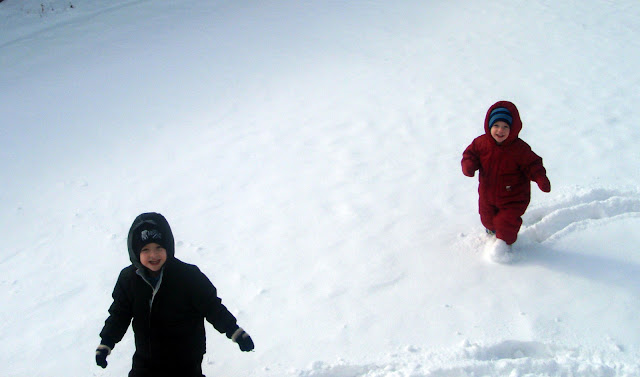 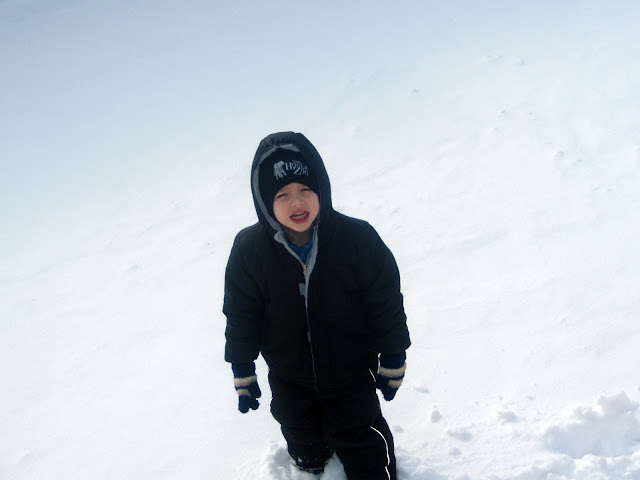 Gavin making a snow angel...that was the first thing he wanted to do when he got out there 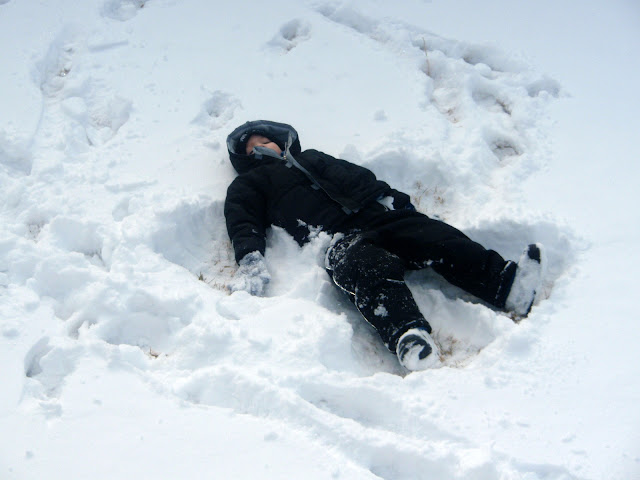 Kyson trying to make a snow angel too 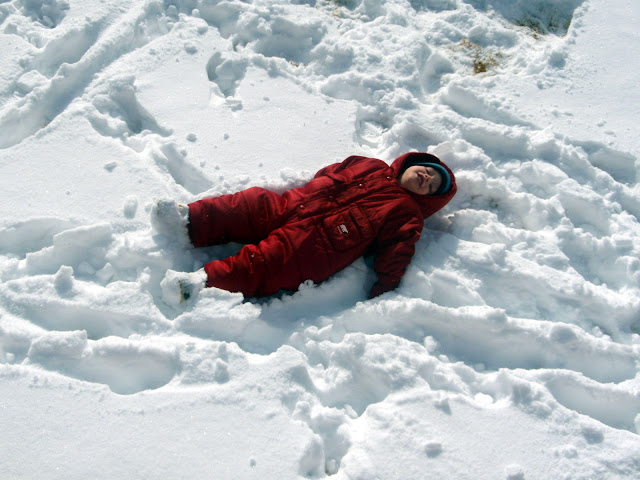 Had to bring poor Emma out there to enjoy the snow 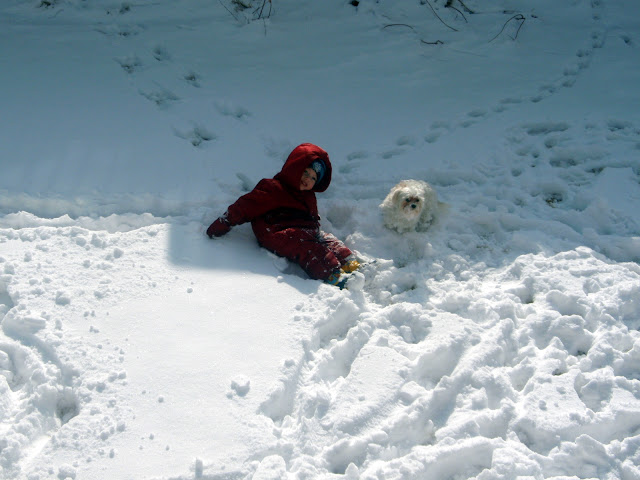 Here they are getting creative and putting snow in their wheelbarrow 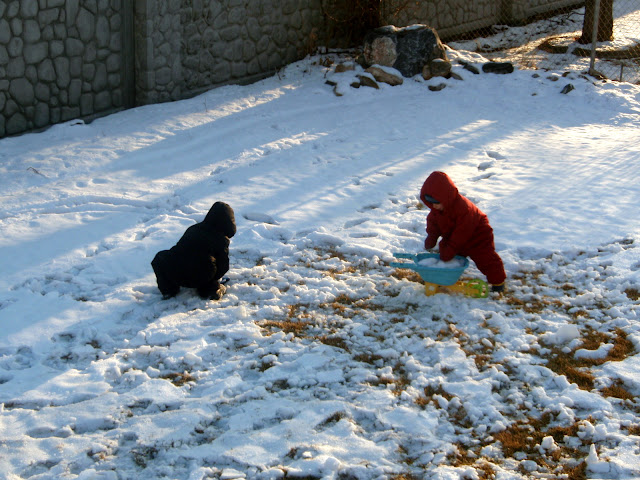 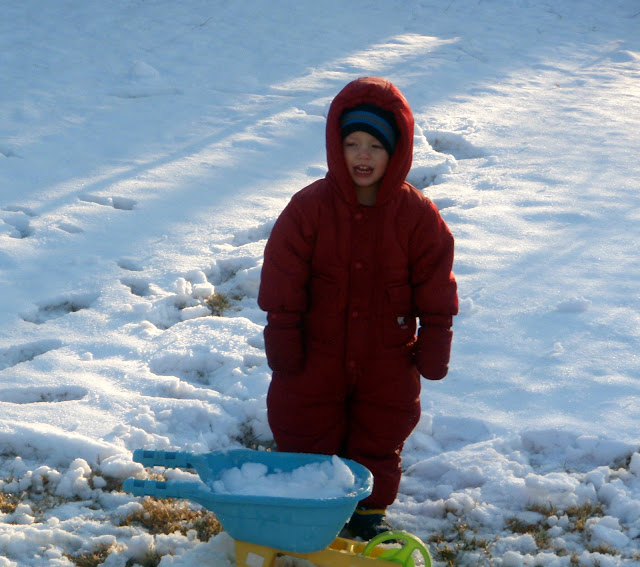 Come back again snow!
Posted by Losee's at 7:01 PM