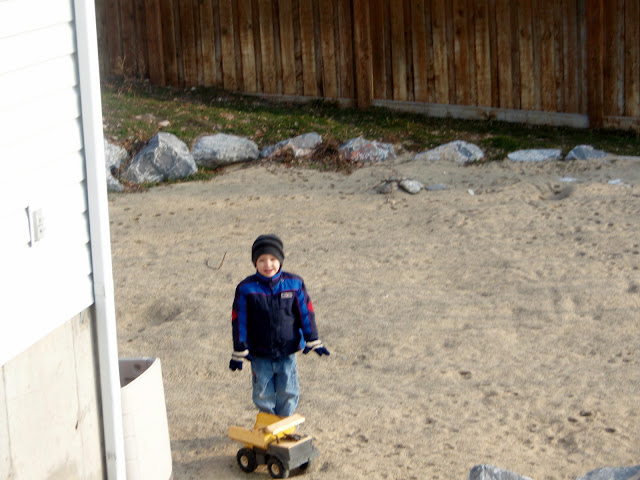 The other day Gavin and Kyson were playing in Kyson's room. All of a sudden I heard Gavin yelling, "The snow is gone!! No snow on the sandbox!" He had opened the blinds and had saw that the snow had finally melted off of his sandbox. Even though it was still really cold outside, he insisted on going out and playing in it. Oh, how I miss the warm weather and being able to throw the kids outside and let them play! They can play for hours outside!
Posted by Losee's at 9:47 AM

That's awesome he still wanted to play even in the cold! Tough kid! They are so cute!

Yay for those (rare) no snow days! Spring is bound to get here eventually, right?