I feel like for the last month, it seems like it is really clicking for Liam on learning how to crawl and move.  He could get up on all fours, and he seemed so close to crawling.  Finally this last week, he started moving his little knees foreword and hands and has started to crawl!  It has been so exciting!  It is very slow, but he's doing it! 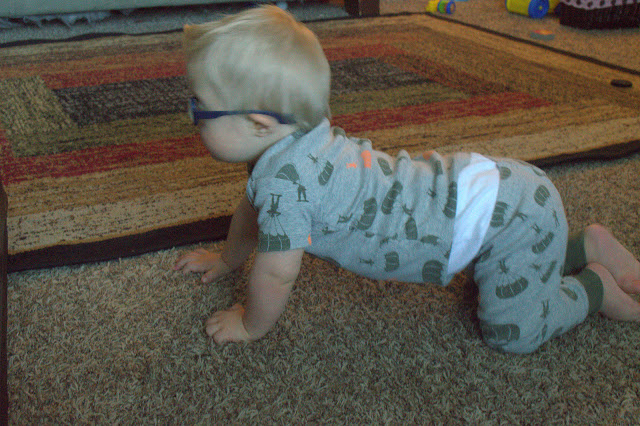 Working with a cushion has been a big help with him learning to crawl and strengthen his abdominal muscles.  At first I would put him up to it and he'd strengthen his arm muscles by holding himself up on it.  I'd then try to move the cushion away from him and he'd scoot his knees so he could be back up to the cushion.  And then we moved to crawling to it.  By having it higher up, it stopped him from trying to army crawl, but get there by crawling on his hands and knees.  It has been such a long process.  We have worked on this for easily 3 months, maybe more!  Such a hard worker! 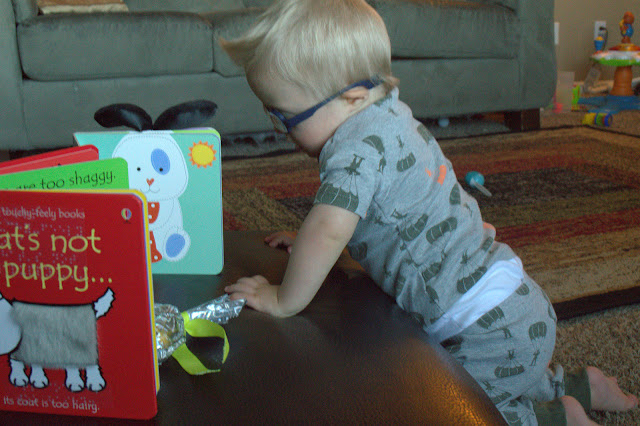 Now we are working on standing up to things and start walking along things.  He has been doing really good with this.  His physical therapist was so impressed when we started doing this.  And it's a good thing when Betsy is impressed! 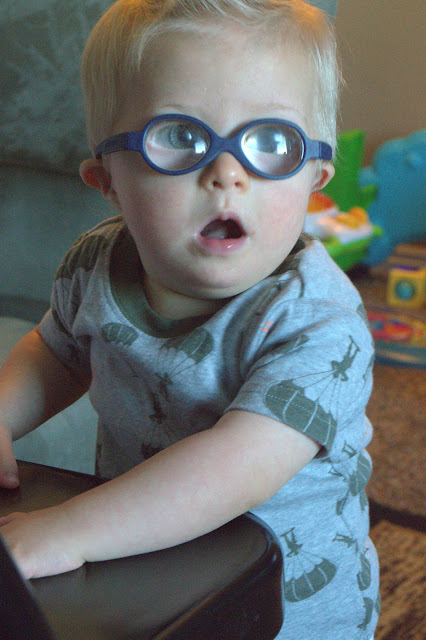