Our favorite thing to do is during Strawberry Days go to the Huck Finn Day they have.  They make a little pond and put fish in.  After the fishing is done they bring in all the fishing lines and let the kids go out with nets and catch fish.  Gavin looks foreword to this every year.  I had to prep him this year and reminded him that if he doesn't catch a fish to not cry.  Well, he went running out there with his net and was carefully and slowly walking around with his net in the water, and guess what!  He caught a fish on his own!  I was so impressed!  I think he was surprised he did it too!  The fish seemed dead from the minute he caught it, but he thought it was alive because its eyes were open.  I felt bad when I had to break it to him that it was dead.  He wanted to store it in the fridge for a couple of days, just so he could look at it.  But we could not eat it.  Whenever someone came over, he had to go show them his fish.  The fish is now gone, but Gav still lovingly talks about his fish he caught! 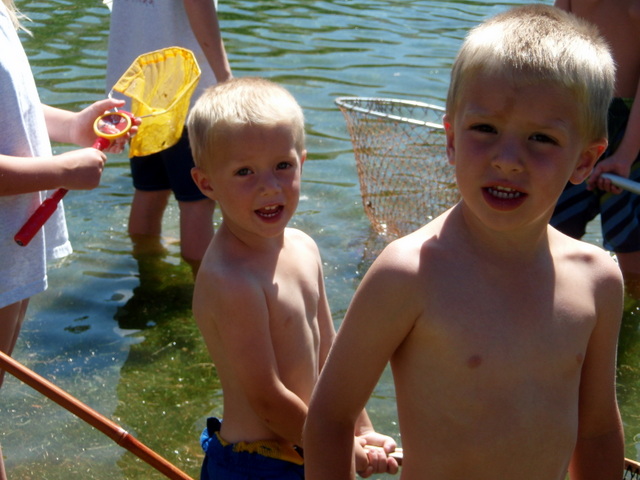 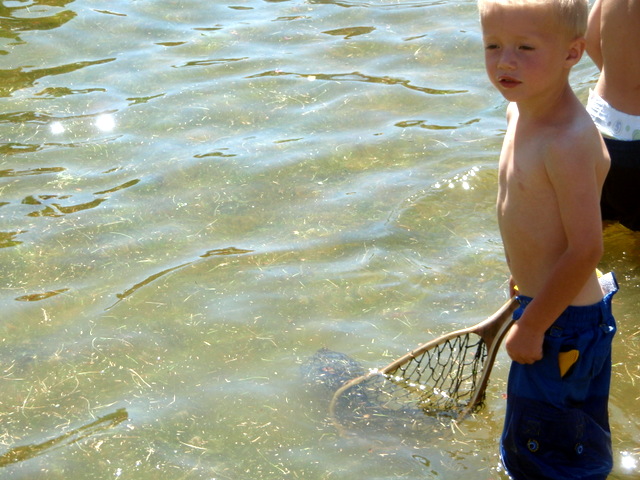 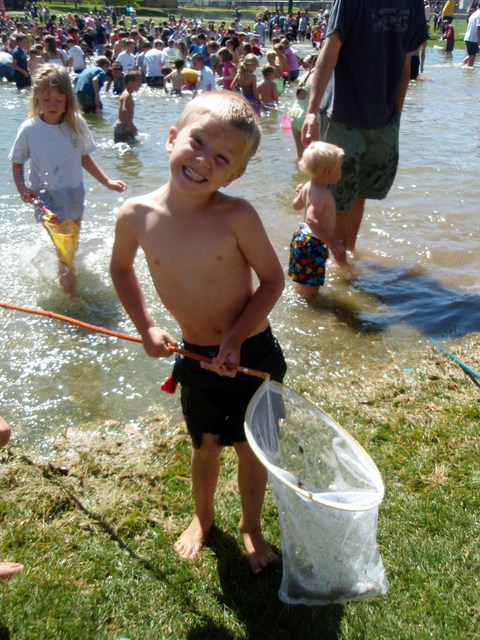 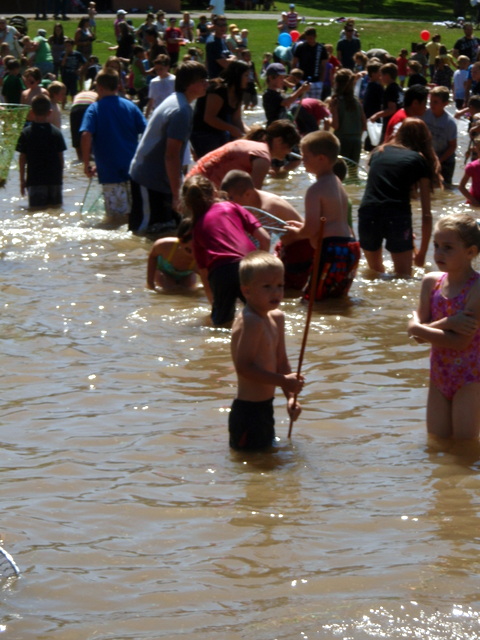 Little Tyler loved to hold the fish and would get SO excited! 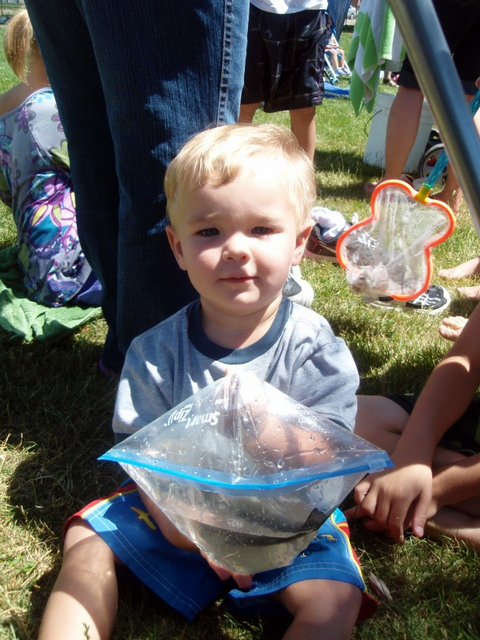