Gavin is now 8 months old! The word that best describes him right now is busy. He is one busy little boy. Now that he can crawl, he is into everything! He is a little cuddler too. He loves being held. He also makes lots of noises. Mostly "dada" and "lala". We are working on "mama"...although he probably doesn't know what it means!

He is a mama's boy, but he also loves it when he spends time with Dad. Yesterday, he was playing in his room, and Casey walked in, and Gavin got so excited. He is lucky he gets to spend time with both of us everyday.

He is still such a tiny baby. We finally moved him into his 6-9 months clothes, only because they were more wintery. They are a little big on him!

We are excited to see how he will like his Christmas presants. He will probably be more into the paper then the actual gift! 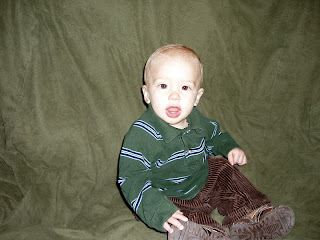 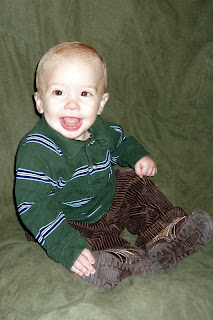 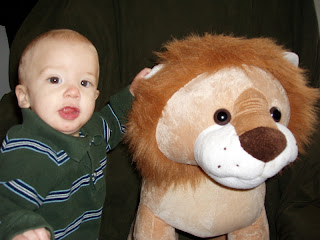 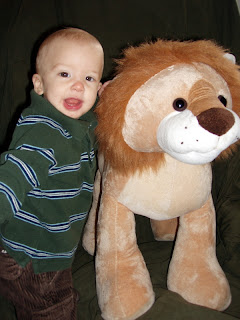 Look how big I am! 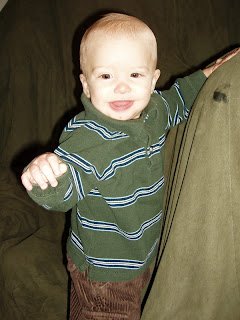 Wow! That's pretty impressive. He looks so little still. I love that lion, by the way.